Hey guys, I'm running a sketchcrawl this year in Annecy during the Animation Festival along with Dik Pose (from the Flight Anthology) who'll be here as well.

It will be held the thursday 12th, ONE WEEK BEFORE the 19th Sketchcrawl, because of the International Animation Festival. It would have been bad not to do it during this huge event, as it gathers hundreds artists from around the world. So, even if it's one week before the official 19th sketchcrawl, I guess we can call it part of it, can't we ?

Here's the flyer for the event, be sure to spread it as much as you like and warn your friends who might be coming to the festival. And if you're coming, be sure to take your thursday afternoon off !

What a great idea to create a flyer!
Top

Because it's a major event during one week, there will be thousands of attendees at the festival. I need to have a flyer to inform them and gather as much people as possible to the sketchcrawl.

i was there, it was great fun, ill upload my stuff tonight

I was too, some pictures to prove: 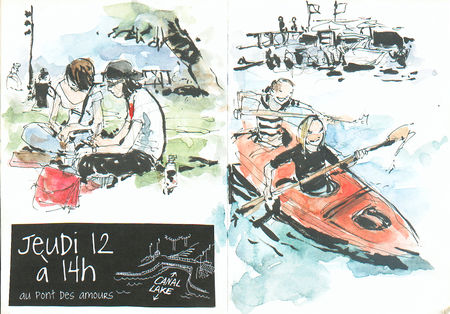 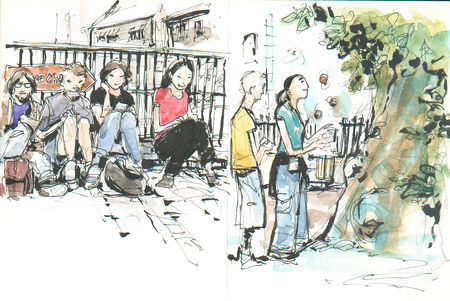 Hi guys-it was a late decision for me to go to Annecy this year. I drove up from Nice on the Thursday so missed the crawl-it was an 8 hour drive! However on the Saturday a few of us made a mini-crawl-here are my results. I live in Annecy, it was just great to see the sketchcrawl there! 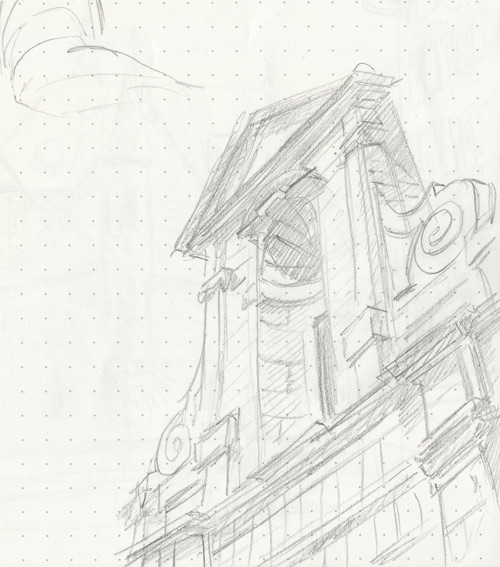 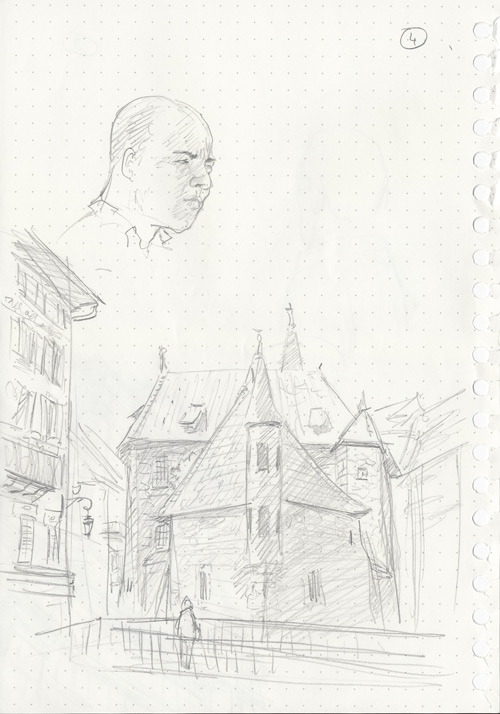 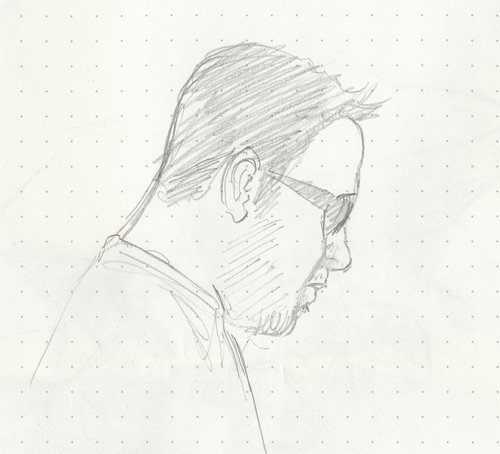 wow wow wow !!! Yay Annecy artists! you rock!!! beautiful work... really have to make it out there one of these years ... must be such a great time ...
e
Top

Et voilÃ  my sketch.
Thank's to all, in particular to the organizers!!!

here are my results of annecy:

did anyone take pictures? i remember one guy photographing everybody...

my scanner f***s up color... so that explains the blue border...

this sketchcrawl was fun, i hope sketchcrawl in Annecy can become a tradition? each year now

These sketches from all of you are really great. It sounds like combining the animation festival with sketching was a blast!
http://olivertszeng.blogspot.com/
Top

Great time, Great weather, Great friends. What more could you ask for? what a joy to see! These are nice!
Top
Locked
30 posts