So here is my three pictures, three statues.
Gothenburg is covered with snow, not that cold but freezing when you try to draw outside. I did three really quick sketches on spot, tried to look at the statues a bit to memorize the color and other stuff. And then I run for a café. But it was to dark in there so I ended up doing the coloring at home afterwards.
It is not easy to draw snow, still learning.

"Nikes Göteborg", a small child riding a curios sea beast or something, from where I was standing the beast looked happy! 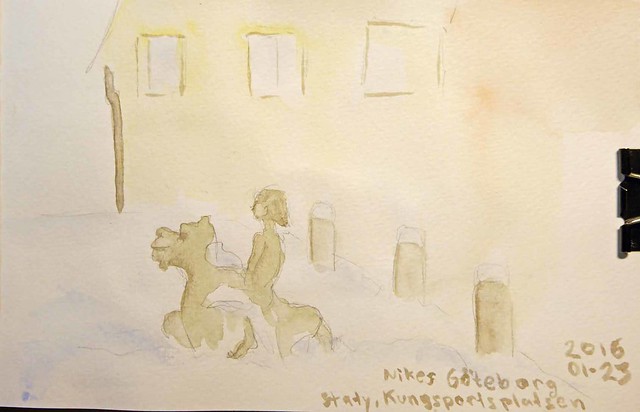 "The oracle", something from the ocean in human form sitting on a beautifully colored stone. On the head was an octopusy whit its arms crawling down the spine, and the face was covered with seashells of all kinds. Very beuatifull close up!! 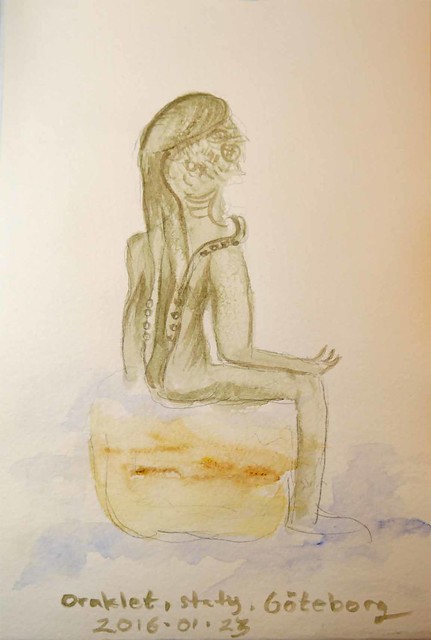 "Easy as a pie" if I translate it directly, don't know the english proverb. But it is something animal/human just resting in between or something!!! 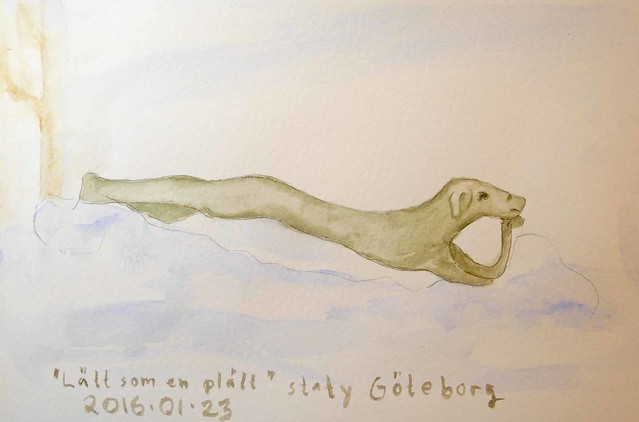 for your daring in freezing weather!
And love your style in description so easily, from which I'm inspired so much.